The only thing former Coalition warriors Calder, Zed and Axon have in common are long years spent battling the Hive, and their eagerness to claim their personal reward—their own Interstellar Bride.
When news arrives on Viken that each of the warriors has been matched, they gather at the transport station only to receive two unwelcome surprises.

First, they are all matched to the same woman, and not one of them is inclined to share.
Second, their mate has refused them.
She won’t leave Earth and transport to Viken.
Won’t give any of them a chance to win her heart.

But these warriors will not back down from a challenge.
When one states his intention to travel to Earth and retrieve his mate,
the others will not allow him to make the journey alone.
Their mate will be seduced.
Claimed.
One by one,
they will tame her.
Make her their own. 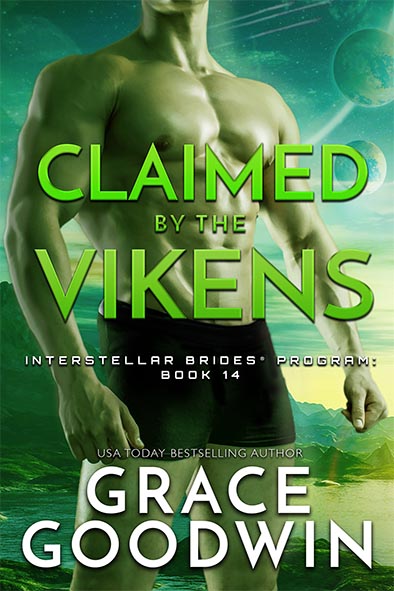