Starfighter Training Academy. It was just a game. The newest, hottest video game release of the year. Choose a role. Build the perfect hero who joins you on missions to save the Vega star system from the evil Queen Raya and her merciless Dark Fleet.

Obsess over the in-game romance between your avatar and the sexiest alien you’ve ever seen? Check.

Win? Beat the heck out of the game? Check and check.

Open your door at 3:00 in the morning to find that smoking hot alien you thought you made up in your head standing there? Um… okay.

Wake up on the other side of the galaxy with that same alien insisting you’re his… and that you haven’t been playing a video game, but completed the training program to become the first Starfighter from Earth? 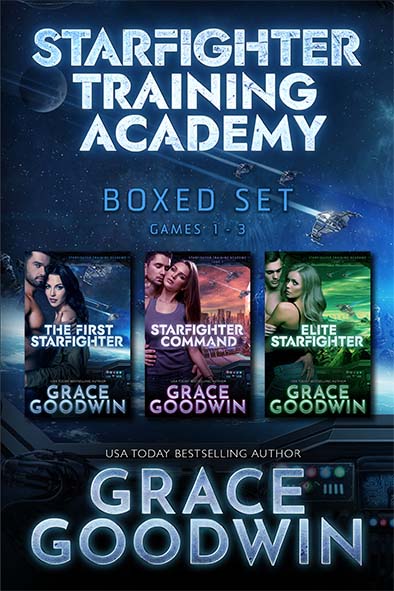