An Atlan warlord in hiding.

In danger of succumbing to a horrible fever.

Only one woman can save him.

One dance with this ‘prince’ could cost her a job.

Warlord Tane of Atlan is a warrior, not a prince.

So why is he wearing these ridiculous white pants and gold-trimmed jacket?

And gods help him, why are there hundreds of females in glittering gowns, circling like vultures, expecting him to dance?

The human producers of the Bachelor Beast television show thought this would be a good idea; dress up an unmated Warlord like a fairytale prince, invite hundreds of eligible human women to a ‘Cinderella Ball’, turn on their cameras, and record everything.

And then he sees her. His mate. The only female who can tame his beast.

This princess wasn’t supposed to be at the ball. A borrowed ballgown. A stolen invitation. A friend in trouble. Everything is going according to plan…until she can no longer resist temptation.

Even a dance with a beast.

Bargain with a Beast – Book 6 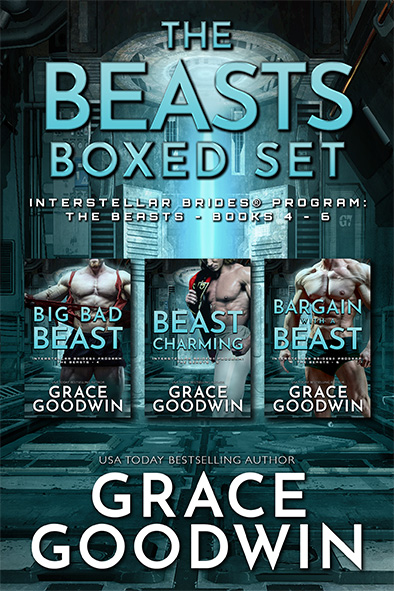