Makarios of Kronos is a rebel, a smuggler who survives taking what his brothers on Rogue 5 need to survive. But one betrayal sends him to a Coalition brig, and to a fate worse than death—capture by the Hive. He escaped but exchanged one prison for another. He’s now lives on The Colony, contaminated and deemed a risk. He’ll do anything to regain his freedom, including agree to a bargain with a beautiful, cunning warrior with secrets of her own.

Gwendolyn Fernandez volunteered to defend Earth from the Hive menace. For four years, she was a valued member of Coalition ReCon, until the Hive caught up with her, and the strange Nexus creature took special interest in her integration.

Gwen escaped with super-human strength and a will to live that cannot be broken, until the Governor of The Colony demands she choose a mate. A bargain with Makarios seems so simple until he conquers her in a way no other has—body and soul—yet the Hive Nexus who wanted her for himself won’t take no for an answer. 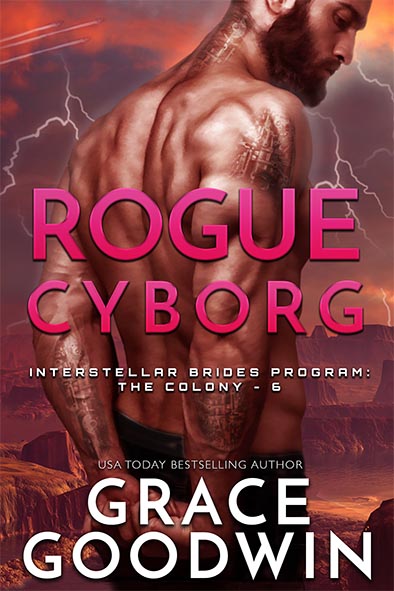