Surrender to the Cyborgs

Wrongly imprisoned whistle-blower Rachel Pierce would rather take her chances with her court appeal than accept her place as the first Interstellar Bride destined for the Colony. She’s stubborn and determined to seek justice—and her freedom—on Earth…but her mates are not willing to risk her life or her future on a system they believe to be both primitive and corrupt.

Maxim of Prillon Prime fought ten long years in the Hive wars. Captured and tortured with his second, Ryston, they escaped only to be rejected by their own people and condemned to life on the Colony with the other “contaminated” cyborg warriors. As leader of Sector 3, it’s Maxim’s duty to set an example for his warriors and summon a bride. When she refuses transport, he can’t allow her rejection to demoralize an entire planet of battle hardened but jaded warriors. Maxim and Ryston transport to Earth where they decide she’s theirs and a maximum security human prison will not keep them apart.

Getting Rachel to the Colony is only the first challenge they will face. Convincing their beautiful mate to surrender to not one, but two dominant warriors is another. Even if they can win her love, a new evil is rising on the Colony and someone close to Maxim will be its first victim. Maxim will be its second, unless Rachel’s love and relentless pursuit of the truth proves strong enough to save him. 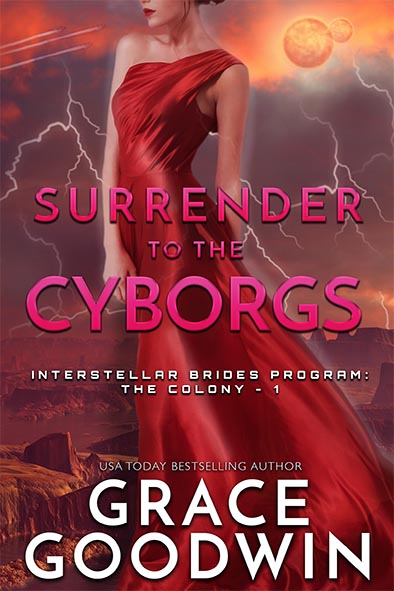