The Interstellar Brides Program will never be the same…

The leader of the Interstellar Coalition has lifted the ban on sending brides to the wounded warriors on The Colony. Survivors. Warriors. They fought in the Hive War and earned the right to claim a mate.

But these warriors are outcasts. Contaminated. Destined to live out their lives far, far away from anyone frightened by their unnatural strength and alien enhancements. Honorable fighters, they continue to serve, to protect the Coalition worlds, despite their fate.

Three women. Three love stories that rekindle hope, romance and passion for the courageous warriors who believed they were lost forever.

Buckle up and prepare to be transported to The Colony for three intensely sensual and thrilling romance adventures that will leave you breathless and make you believe in happily-ever-afters, and reaffirm Grace Goodwin’s core belief–everyone deserves to be loved.

Don’t miss out on this USAT Bestselling universe. 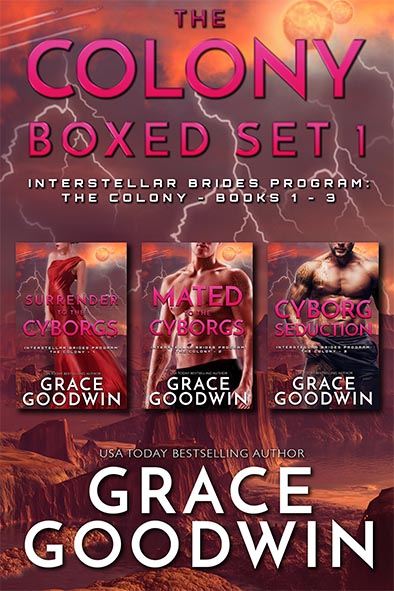