But no amount of honor, of bravery, or strength of will can save Angh from a life alone, banished with the other “contaminated” warriors on The Colony. And no amount of prayer to the gods will save him when the fever in his blood grows beyond his will to control – and the Atlan Mating Fever steals his final shards of belief.

Makarios of Kronos is a rebel, a smuggler who reports to no one, not even those on Rogue 5. But one betrayal sends him to a Coalition brig, and to a fate worse than death—capture by the Hive. He escapes but exchanges one prison for another. He now lives on the Colony, contaminated and deemed a risk. He’ll do anything to regain his freedom, including agree to a bargain with a beautiful, cunning warrior with secrets of her own.

Gwendolyn Fernandez volunteered to defend Earth from the Hive menace. For four years, she was a valued member of Coalition ReCon, until the Hive caught up with her, and a strange Nexus creature took special interest in her integration.

Gwen escaped with super-human strength and a will to live that cannot be broken, until the governor of the Colony demands she choose a mate. A bargain with Makarios seems so simple until he conquers her in a way no other has—body and soul—yet the Hive Nexus who wanted her for himself won’t take no for an answer. 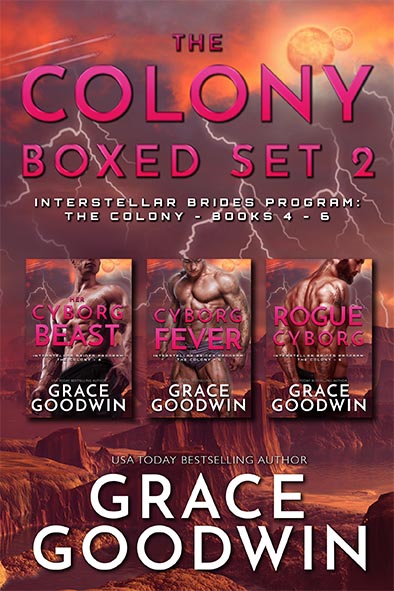